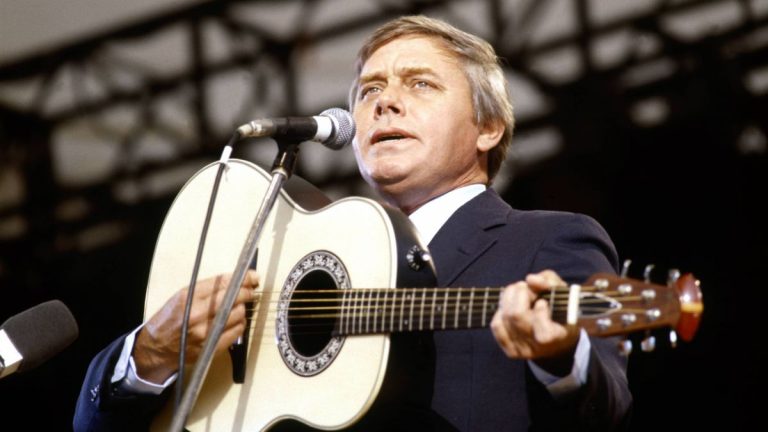 It was announced yesterday that The Storyteller, Tom T. Hall, had died at 85. A much-lauded songwriter, and Country Music Hall of Famer, he was known for timeless tunes like “Harper Valley P.T.A.,” “(Old Dogs, Children and) Watermelon Wine” and “That’s How I Got To Memphis.” Tom T. Hall is proceeded in death by his beloved wife, songwriter Dixie Hall.

As word of the sad news hit the Internet, country music stars took to social to share tributes to, and memories of, the industry icon.

The Oak Ridge Boys, in a tweet, recalled a time in 1978 when they sang at Mama Maybelle Carter’s funeral, and “a saddened Johnny Cash walked up to the podium and asked Tom T. Hall to stand with him. “Johnny said “I draw strength from you Tom!”” The social media post continued, “Thank you Tom T Hall for the song’s and the strength you provided to so many. #RIPTomTHall”

In 1978 when we sang at Mama Maybelle Carter’s funeral a saddened Johnny Cash walked up to the podium and asked Tom T Hall to stand with him. Johnny said “I draw strength from you Tom!” Thank you Tom T Hall for the song’s and the strength you provided to so many. #RIPTomTHall pic.twitter.com/M1chsdo3TR

Travis Tritt called Tom T. Hall “One of the greatest story telling songwriters ever!” And shared that he used to “pick and sing” with Hall “at Earl Scrugg’s Home.”

RIP to Tom T. Hall. One of the greatest story telling songwriters ever! I used to pick and sing with him every year at Earl Scruggs’s home.https://t.co/uGJSzecxms

Of her “dear friend,” Stella Parton paid her respects in a series of tweets, remembering that the “gifted storyteller” was also a veteran who “believed in equality for all races, women, etc.”

Tom T was a Veteran,Democrat and like myself, opposed the Viet Nam conflict. We never discussed the Middle East but I’m pretty sure he felt the same as me on it.

Tom T also believed in equality for all races, women etc. I’ve noticed highly intelligent people like my friend Tom T. were always too busy thinking on higher minded things than racism or violence. It takes low minded people to try to rule by force.

Rissi Palmer, aware that not all country music fans are familiar with the now late Hall, shared a link to the Cocaine & Rhinestones podcast that dives into the stories of “one of country music’s greatest songwriters ever.”

If you have no idea who Tom T. Hall is, please listen to this: https://t.co/oWj3cwPaW5 Country music lost an icon…

When it comes to influence a first, or in this case second, concert can leave a lasting impression on a youth. So when Keith Urban thanks Tom T. Hall, who Urban shares was the second concert he attended at the ripe age of 5, we can only assume what a lasting gift that experience bestowed on the budding icon.

My second concert (at the age of 5 !!) was Tom T. Hall. What a gifted literary musical artist he was. Peace be with all of his friends, family, and admirers today. Thank you Mr. Hall

His songs were elegant, poignant, tender, funny, thought-provoking and cool.

I’ll bet I’ve hummed or sung out loud a line or two of a Tom T. song at least once a week for the past 45 years. Not exaggerating. He wrote so many great ones. #RIPTomTHall

And the tributes from the artist community continue to come in for a legendary man, gone at 85 but still too soon.

#RipTomTHall Damn. The greatest storyteller songwriter of all time. A writer’s writer.
There’s at least a dozen categories of song that he wrote arguably the best ever example of.

One my heroes. An artist for the ages!!!! -Randy Owen#RIPTomTHall pic.twitter.com/mTIpD54PG6

The simplest words that told the most complicated stories. Felt like Tom T. just caught the songs as they floated by, but I know he carved them out of rock. #RipTomTHall

Tom T Hall songs take me back to the vans days. So many late nights after a show listening to him. What a legend man RIP!

From one of my favs “How I Write Songs & Why You Can”. He sure made it seem easy. RIP to the Storyteller. Olive Hill, KY. #TomTHall pic.twitter.com/D9ow57Dryc

8: “remember that someone is always thinking of you and wants you to be happy. people like you better than you think they do. you’re ok.”

i could go on and on about Tom T Hall, but nobody can tell it better than The Storyteller himself. rest in peace, Tom T pic.twitter.com/sruXNsZ0lQ

Not a better storyteller to ever take a breath than #TomTHall
He could write a whole book and condense it down to 3 minutes and tell the whole story. RIP genius