The Judds: Country Legends We Love 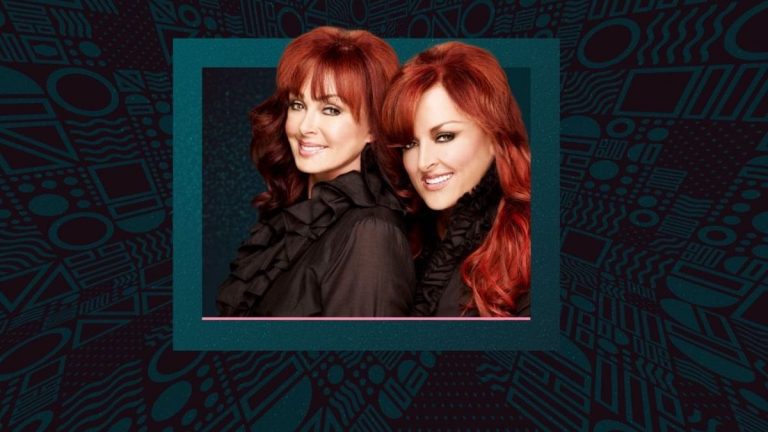 Unlike any other duo before or since, the Judds captivated country listeners through their timeless music and a complicated but loving relationship that felt familiar to every mother and daughter. Their satisfying records leaned on acoustic arrangements at a time when synthesizers were commonplace at country radio, and their stories felt like our stories, from “Grandpa (Tell Me ‘Bout the Good Ol’ Days)” to “Girls Night Out.” On stage and with the press, Naomi Judd carried with her a charisma that firmly established her place in the spotlight, even though it was Wynonna who possessed the voice that made everyone pay attention.

Upon their election to the Country Music Hall of Fame in 2021, we celebrate the Judds as one of the country legends we love. We love them so much, in fact, that they are performing in front of the Country Music Hall of Fame during the 2022 CMT Music Awards. Hosted by Kelsea Ballerini and actor Anthony Mackie, country music’s only fan-voted awards show will air live from Nashville at 8 p.m. Monday on CBS.

Their story begins in Ashland, Kentucky. Two weeks before her high school graduation in 1964, newlywed Diana Ellen Judd Ciminella gave birth to Christina Ciminella. It would be years before they adopted their new identities as Naomi and Wynonna, while on a winding path that first led them to Hollywood. Naomi welcomed a second daughter, Ashley, in 1968, then divorced in 1972. The family left L.A. for tiny Morrill, Kentucky, then briefly returned to the West Coast. When Wynonna’s musical ability became more and more apparent, and with aspirations of her own, Naomi decided to give Nashville a try.

Attaining a nursing degree after chipping away at it for years, Naomi worked nights at a hospital in nearby Franklin, Tennessee. During one of her shifts, she noticed a nice family who would regularly check on their teenaged daughter who was recovering from a car accident. Turns out, this young woman knew Wynonna from school and had already told her father, producer Brent Maher, about her classmate’s obvious talent.

After Maher’s daughter was discharged, Naomi sent a homemade cassette demo, which she recorded with Wynonna in their kitchen, to his studio. In addition, Maher’s wife recognized and admired the mother-daughter duo from their occasional appearances on Ralph Emery’s local morning show. When Maher finally listened to the demo, he could hear something special and immediately set the wheels in motion. Soon he even secured them a live audition, after hours, at RCA Records.

That audition sealed their fate. Two hours later, the Judds were offered a record deal. Released on RCA/Curb, “I Had a Dream (For the Heart)” appeared at radio in late 1983 but peaked at No. 17 by spring. Then the song that changed their life, Kenny O’Dell’s “Mama, He’s Crazy,” appeared in 1984. Sung from a smitten daughter’s point of view, it feels like a handwritten letter set to music. Wynonna assumes the role convincingly, being just 19 years old at the time. That sentimental recording led to the Judds’ first of five Grammy Awards, with “Why Not Me” earning their second trophy a year later.

With Naomi styling Wynonna’s hair on the tour bus in those early years, the duo toured relentlessly throughout the 1980s, bolstering their set list with “Girls Night Out,” “Love Is Alive,” and “Have Mercy,” which all reached No. 1 by the end of 1985. Country radio kept them in rotation for the next few years, too, with “Grandpa (Tell Me ‘Bout the Good Old Days”) grabbing a third Grammy, alongside a Best Country Song statuette for songwriter Jamie O’Hara.

Such signature songs sometimes overshadow the quality of other chart-topping releases from that era, like “Rockin’ With the Rhythm of the Rain,” “Cry Myself to Sleep,” “I Know Where I’m Going,” “Maybe Your Baby’s Got the Blues,” and “Turn it Loose.” The Judds collected their fourth Grammy for 1988’s “Give a Little Love,” also written by Paul Kennerly. “Change of Heart” marked Naomi’s first No. 1 as a songwriter in 1989. Meanwhile, Kennerly had a hand in their next two chart-topping singles: “Young Love” and “Let Me Tell You About Love.”

Although this incredible run at country radio made them superstars in the 1980s, the turn of the decade delivered the Judds a platform to unexpectedly say goodbye. At a 1990 press conference in the same room where they held their live audition, Naomi announced that Hepatitis C would prevent her from continuing on with the Judds — but not before a long farewell tour that would culminate with a Pay-Per-View special at the Murphy Center in Murfreesboro, Tennessee. On December 4, 1991, an astonishing six million viewers tuned in to watch.

By this time, “Love Can Build a Bridge” served as an anthem, emotional and uplifting for the audience as well as the artists. It also felt like an olive branch between a mother and daughter who were so often depicted at odds with one another. “Love Can Build a Bridge” took home two Grammys – one presented to the Judds, and the other to songwriters Naomi Judd, John Jarvis, and Paul Overstreet for Country Song of the Year. An album of the same name ended the Judds’ run of studio albums and the duo stayed dormant for nearly a decade.

Wynonna, however, stepped into the spotlight as a solo artist in 1992 with three consecutive No. 1 hits: “She Is His Only Need,” “I Saw the Light,” and “No One Else on Earth.” Her self-titled debut album sold five million copies and she became an arena headliner on her own, and later with Clint Black on the Black & Wy tour. She released two more platinum albums, Tell Me Why (1993) and Revelations (1996), and picked up 11 Top 10 singles, with “To Be Loved by You” hitting No. 1 in 1996. As she evolved from one half of the Judds into “Wynonna Alone-a,” as she sometimes referred to herself, she’d accumulated Grammy nominations for 11 consecutive years.

Out of the public eye for the first time in a decade, Naomi wrote her memoir, 1993’s Love Can Build a Bridge. A Super Bowl halftime show appearance followed in 1994, with the Judds’ story adapted for a TV movie in 1995. Both performers continued to appear on screen in occasional roles, but they made their biggest impact on the concert stage, reuniting in Phoenix on December 31, 1999. The show led to a live album, the Power to Change Tour, and a CBS special. Wynonna commemorated her own “herstory” for a live CD and DVD taping at the Grand Ole Opry House in 2005, with Naomi proudly in attendance. Reuniting one more time, The Last Encore Tour and a reality series followed in 2010 and 2011. Going back to her acoustic roots, Wynonna remains a concert draw, while Naomi has written multiple books.

In August, the Judds joined a virtual press conference revealing their induction into the Country Music Hall of Fame. Asked how it felt to be finally included in such hallowed company, Naomi was initially and uncharacteristically speechless. Wynonna, though, had this to say: “As a daughter, 20 years, it’s about damn time. That’s what everyone has said, including relatives. As an artist, it’s wonderful to be included in the family of country. And as a believer, I thank God for my gift. And as an American, it’s just wonderful to celebrate anything, and to show up and say thank you.”