The Judds Talk “Surreal” Final Tour and Stage Fashion: “The Toothpaste is Out of the Tube” 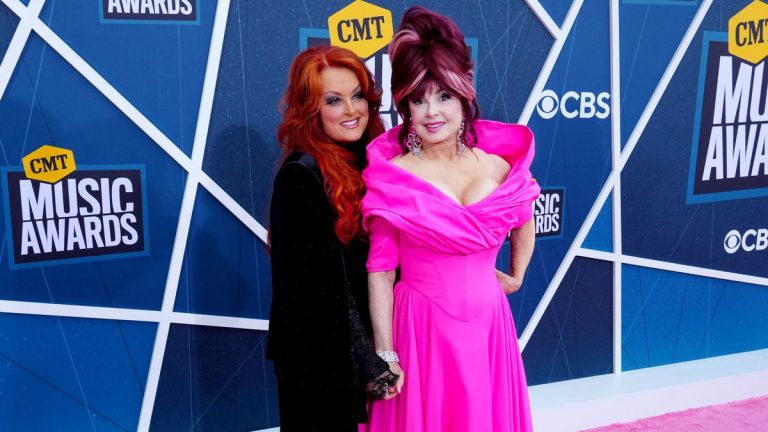 When The Judds played the CMT Music Awards last week, it was their first awards show performance in more than 20 years. And while there was plenty of excitement surrounding their reemergence, now the mother-daughter duo of Naomi and Wynonna Judd have even more to look forward to – their tour.

Dubbed The Final Tour, the run of shows includes 10 arena dates and launches on Sept. 30 in Grand Rapids, Mich., at Van Andel Arena. Other stops on the tour include Toledo, Ohio, Green Bay, Wisconsin, Fort Worth, Texas, and more, wrapping on Oct. 28 at Bridgestone Arena in Nashville. Martina McBride will join The Judds on select dates.

“It’s like I’m outside looking in and on another level; I’ve been doing it for 38 years,” she said. “There’s a lot happening all at once.”
“And I’m too old to grow up now,” Naomi added.

Wynonna said planning for the tour is nerve-wracking but fun.

Wynonna said she’s most excited to introduce the duo’s music, which includes hits “Mama, He’s Crazy,” “Have Mercy” and “Grandpa (Tell Me ’Bout the Good Old Days)” to a new generation of country music fans. Naomi is just thrilled to be on tour again.

“I never had family that loved me, supported me, or encouraged me,” Naomi said. “The fans are my family of choice. It’s crazy because when I’m on stage, it’s the only time I’m not afraid or lonely. It’s like a giant bear hug for me. I dreamed about this every night for 31 years. It’s been 31 years since we were The Judds.”

Naomi is also excited about the stage clothes that come with going on the road. She spent a month planning her hot pink CMT Music Awards gown with the Queen Anne collar.

“I’m learning about fashion,” Naomi said. “I haven’t had nails in four or five years. I got a set of nails.”

But she’s not as enthusiastic about their attire as her mom.

“I had therapy for years over that,” Wynonna said. “You think I’m kidding.”

“The toothpaste is out of the tube,” Naomi shot back.

The Judds accumulated 14 No. 1 songs, 20 Top 10 hits and sold more than 20 million albums throughout their career. They’ll be inducted into the Country Music Hall of Fame in May.

Tickets for The Final Tour are on sale now at TheJudds.com.