The Top Country Moments From The 2022 iHeartRadio Music Awards 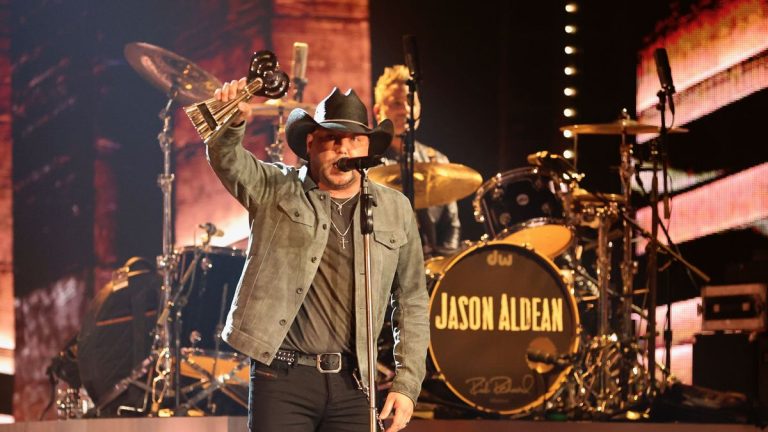 The 2022 iHeartRadio Music Awards aired live from the iconic Shrine Auditorium in Los Angeles last night (March 22), and it was a star-studded affair.

Host LL Cool J kicked off the night with a throwback medley of his smash hits. Before prestigious accolades were granted and A-listers recognized their devoted listeners – the rapper acknowledged the Russia-Ukraine war.

“Before we continue, I want to send love and support to the people of Ukraine,” the hitmaker shared on top of the show. “Our prayers are with the innocent people who have lost their lives as the result of this terrible war and with the Ukrainian citizens. They are all living through this crisis every day, and I think it’s very important that we send our prayers and our love to them and let them know that we stand with them,” he concluded.

Although several performers from various genres were honored at the 2022 iHeartRadio Awards, fan-favorite musicians within country music scene shined through and brought the party to new heights with their honky tonk flair.

If you missed the 2022 iHeartRadio Music Awards, don’t sweat it! CMT carefully collected the hottest country moments from the electric evening.

Country music superstars Jason Aldean and Carrie Underwood accepted Country Song of the Year at the 2022 iHeartRadio Music Awards on Tuesday, March 22, for their breakup ballad, “If I Didn’t Love You.”

Nashville newcomer Lainey Wilson welcomed the multi-platinum artist to the stage in a western-inspired fringe jacket. Before Aldean thanked the rowdy crowd for requesting “If I Didn’t Love You” on repeat, he confirmed that Underwood was not present to receive the honor. The songstress was not in attendance, as she is currently in Las Vegas in the middle of her critically acclaimed residency.

While showing his gratitude under the spotlight, he acknowledged Underwood, iHeartRadio stations across the nation, his hardworking team, four children, and his wife, Brittany Aldean. The singer-songwriter took to Instagram to highlight his big win following the ceremony.

HUGE Congratulations to @Jason_Aldean and @carrieunderwood on winning “Country Song of the Year” #iHeartAwards2022 pic.twitter.com/vZms64Fp8T

“What’s up everybody, Jason Aldean here. Just wrapped at the iHeartAwards and won Country Song of the Year for “If I Didn’t Love You.” I just wanted to say thank you to everyone at iHeartRadio for playing the song, thanks to the fans for requesting the song, thanks to Carrie for singing on the song. It has been a really big song for us this year. So, from LA – thank you guys, I really appreciate it,” he said in a short video with an eye-catching skyline in the distance. “Looking forward to dropping the next part of the album on April 22. Get ready…check it out,” he added.

Aldean penned the heart-wrenching banger alongside Lydia Vaughan and John Morgan. The mid-tempo melody is also in the running for Collaborative Video of the Year at the upcoming CMT Music Awards on April 11.

Just moments after Aldean snagged Country Song of the Year with Carrie Underwood – the hitmaker brought fans back in time with his 2010 classic “Dirt Road.” While owning the stage, Aldean snuck in his recent single, “Trouble With A Heartbreak,” and closed out his set with a solo take of “If I Didn’t Love You.”

“I’m speechless,” The budding songstress said on the Facebook livestream. “This is a huge moment for me. I was always the little girl who had stars in my eyes – who just wanted to go and see the world. I’m originally from Northeast Louisiana…the other LA. This is a huge deal for me, and I just appreciate iHeartRadio so much for taking me under their wing and supporting me and for giving me the opportunity to play,” she said full of excitement.

After her impromptu acceptance speech, she looked into the camera and thanked her loyal fan base.

“I love y’all. Thank Y’all for just loving me no matter what and allowing me to be unapologetically myself,” Wilson uttered, all choked up. “We are in this thing together. This is one for Y’all,” she concluded while holding up the platinum heart trophy.

Hours before the iHeartRadio Music Awards aired live on Fox from Los Angeles, Luke Combs earned Country Artist of the Year. The chart-topping artist was in a stiff competition against beloved names such – Luke Bryan, Jason Aldean, Thomas Rhett, and powerhouse Miranda Lambert. After snagging the grand title, iHeartCountry took to Instagram to share a pre-recorded video of Combs accepting the prestigious accolade.

“iHeart, Luke Combs here. I just want to say thank you so much for making me your Country Artist of the Year. Stuff like this never stops being really, really awesome,” he said before rattling off names. “Thank you to the fans for listening, my team, my wife, my family. I love you guys. And hopefully, many more to come – thank y’all,” he concluded.

Unfortunately, the “Doin This” singer was not in attendance durirng the action-packed ceremony.