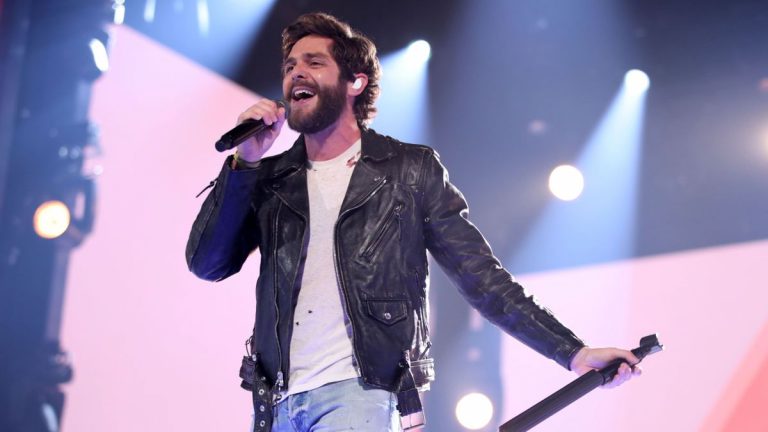 Country music star Thomas Rhett is gearing up to release his sixth studio album, “Where We Started” on April 1, and fans might find it surprising to hear they can soon listen to the entire tracklist on a cassette tape.

The “Us Someday” singer caught up with Big Machine Label Group on March 14 to explain why he decided to offer a cassette tape option.

“When I think about a cassette, I think about being young,” Rhett told BMLG before sharing a memory from his southern upbringing. “I remember my mom taking me to the store to buy a Faith Hill cassette when I was like, maybe six or seven years old.”

While producing the 15-song project that includes pre-released songs, “Death Row,” “Angels,” and “Church Boots,” – the multi-platinum artist recalled the cassette tape that he once cherished and played on repeat.

“With the album being called ‘Where We Started,’ I don’t know, it’s kind of just a deep dive into looking back at your younger self, and cassettes are what I grew up with,” he mentioned.

“I was passed vinyl and 45s, but cassettes, when I grew up, were the thing, and I still have a bunch of those from being young,” he said to the label. “And I just thought, that was kind of a really neat way to ring in the album title with something that feels so nostalgic like a cassette.”

The old-fashion tape will include exclusive commentary from Thomas Rhett about every song. Country music enthusiasts have the opportunity to pre-order the item and could expect to get their hands on the limited-edition cassette the day the LP drops.

Rhett has been promoting the full-length project and providing an inside look into the writing process. The award-winning artist recently released (March 15) his radio show, “Where We Started Radio with Thomas Rhett.”

Within each episode, Rhett will be sitting down with A-listers in the genre, dishing on each upcoming track, and reflecting on his successful career. The radio show is set to air every Tuesday on Apple Music Country at 6 p.m. ET.

Come celebrate the release of my new album with me & @iHeartCountry! Watch live on @YouTube on Monday, April 4. Set a reminder here: https://t.co/pUzDWAJDfS. pic.twitter.com/IJpRm2mEbm

Just days after the country crooner drops his project, he will be joining forces with iHeart Country to hold an Album Release Party on April 4. One lucky fan will have the chance to attend the star-studded affair in Nashville, Tennessee. To snag a VIP ticket and roundtrip flight to music city, fans are encouraged to listen to their local iHeartMedia country station and follow the directions.