Tim McGraw Reveals The Secret To An Emotional Song: “I Feel Like I’m Tearing Out A Piece Of My Soul” 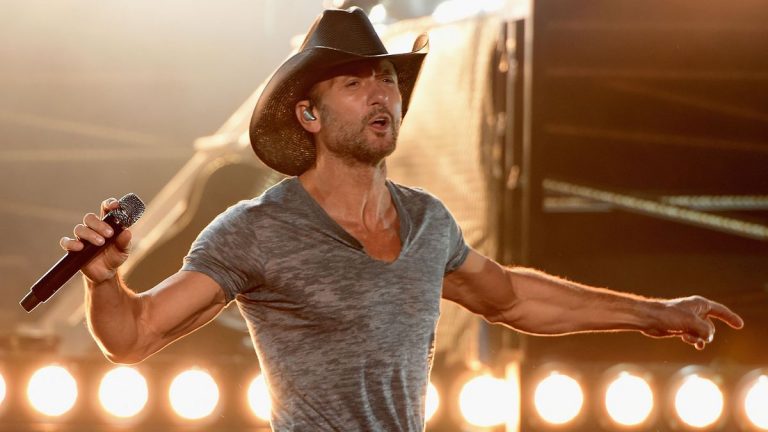 Country music fanatics will collectively agree that Tim McGraw has a distinctive way with words. Sentimental tracks such as “Humble And Kind,” “I Called Mama,” and “Live Like You Were Dying” tend to spark conversations around McGraw’s impressive knack for storytelling.

The legend recently (March 20) spoke out about his strategic song selection approach with Big Machine Label Group and did a deep dive into how he gets to a vulnerable place.

“For me, it all comes from, I guess, a piece of my soul. Every time I sing a song I feel like I’m tearing out a piece of my soul, and I want it to feel that way. I don’t try to over-sing anything because I’m just not that kind of singer. I just try to tell you how I feel,” he told BMLG.

While the multi-platinum artist dished on his simple, yet raw recording process – he clarified that every musician is unique and might have an alternative method to their madness.

“Everybody finds emotions in different ways. I mean, there are a lot of great artists who had great lives growin’ up, and they can make you feel anything you wanna feel. They’re fantastic,” McGraw vocalized before sharing his specific secret to an emotional melody.

The chart-topping artist revealed that he is constantly learning and listening to other performers.

McGraw continued to declare that his tactic has been successful more than once throughout his prosperous career.

“I’ve been fortunate enough that I’ve had some really great songs in my career that have allowed me to find that emotional well,” he concluded.

The “7500 OBO” singer has been open about his artistry more than ever, as he recently shared the key to becoming a “great artist’ on “Talking In Circles with Clint Black.” The hitmaker told Black that aspiring musicians must discover who they are as a singer-songwriter before following through with their craft.

The father of three publicized that he “always knew” who he was as an artist, as he figured out his weaknesses early on and played off of his strengths.

“I think the biggest thing as an artist to figure out, is figuring out what you don’t do well. And if you identify that first, then you’re well on your way to doing good stuff,” he concluded.

Tickets to see the seasoned artist live and in person are available for purchase. Tim McGraw is set to embark on his 17-city amphitheater trek come April 29 in Rogers, Arkansas. Country music star Russell Dickerson, TikTok phenomenon Alexandra Kay, and Brandon Davis will be joining the vocalist out on the road.