Tim McGraw Reveals Why He Focused On Family Over His Career: “Our Core Principle Is Putting Our Family First” 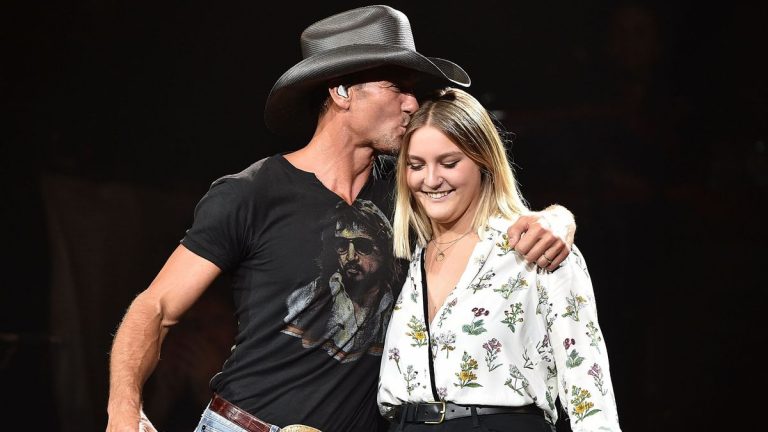 Country music phenomenon Tim McGraw recently (March 14) revealed the secret to creating a tight-knit family. In an interview with Big Machine Label Group, the hitmaker shared that he never compromised his priorities when it came to his superstar wife Faith Hill and children.

When McGraw and Hill tied the knot in 1996, they discussed their values and came to the conclusion that they will always put their family before their flourishing careers.

“We made a conscious decision when we got married that no matter what, if we were gonna start a family, that that was gonna be our first priority and everything else was gonna sort of find its place, for better or worse,” the “7500 OBO” singer told BMLG. “For our careers better or worse, or whatever, that’s always been our core understanding and our core principle, is putting our family first.”

McGraw mentioned that their careers were “well established” and “running really hard” when the two exchanged vows. They did not think twice about starting a family. McGraw and Hill had three daughters together – Gracie (24), Maggie (23), and Audrey (20). While raising the children, the two refused to have their careers stand in the way. Together, they created a healthy and supportive family dynamic.

“I think that that’s paid off in our kids and their lives,” McGraw shared, “And how we’ve given them as much of a normal life as we can in the situation that they’re in,” he concluded.

The happy couple is now empty-nesters, as their girls have left to stand independently. Their oldest, Gracie, is pursuing an acting career in Los Angeles. Maggie recently received her Master’s at Stanford University in California, and their not-so baby Audrey is chasing her modeling dream.

While watching their resilient children reach for success, McGraw and Hill have channeled their energy towards their TV family on the hit television series, “1883.”

Before McGraw played “The Cowboy in Me,” the introduction of “1883” played on a massive screen behind him. Mid performance, Garrett took to Instagram and shared a quick snippet of the memorable moment.

“And it was in this moment, that me and my #1883TV castmates felt like rock stars backstage…Got chills watching @1883official footage on all those screens in front of thousands of screaming fans. Just another Saturday for @thetimmcgraw hahah 🙌🏾 Thanks for sharing the experience brother…💪🏾💪🏾,” he said in the caption.

The group of Hollywood actors eventually joined the legend on stage to sing his smash hit “I Like, I Love It.”

The creator behind “1883” Taylor Sheridan, is expected to expand the “Yellowstone” universe with the series “1932” and “6666.” The Paramount + drama “Yellowstone,” which launched back in 2018, also just got confirmed to start filming their fifth season in May.