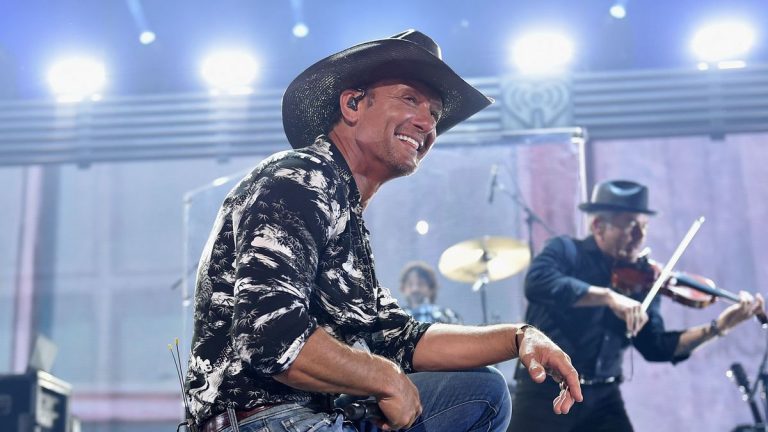 McGraw recently told Melissa and Austin at US 99 in Chicago about bumping into Willie Nelson on an elevator in Nashville.

Everything was fine until the elevator stopped on the next floor.

“Two police officers walked in with a dog,” McGraw recalled. “We’re on the elevator. Everybody’s quiet. We go up one more floor, and the police officers and the dog got off. The doors closed, and Willie looked over at me and said … ‘Bomb dog!’”

McGraw and his wife Faith Hill recently wrapped up their run as James and Margaret Dutton on “1883,” the series that follows the family as they make the treacherous journey from Texas to Montana to establish the expansive ranch that is the setting for “Yellowstone” on Paramount Network. McGraw and Hill’s characters are the great-grandparents of Kevin Costner’s cantankerous John Dutton, who owns the largest cattle ranch in the United States.

Now that the series is over, McGraw is readying to launch his spring tour later this month. The McGraw Tour 2022 kicks off April 29 in Arkansas and stretches through June 4. Russell Dickerson, Alexandra Kay and Brandon Davis will open the show.