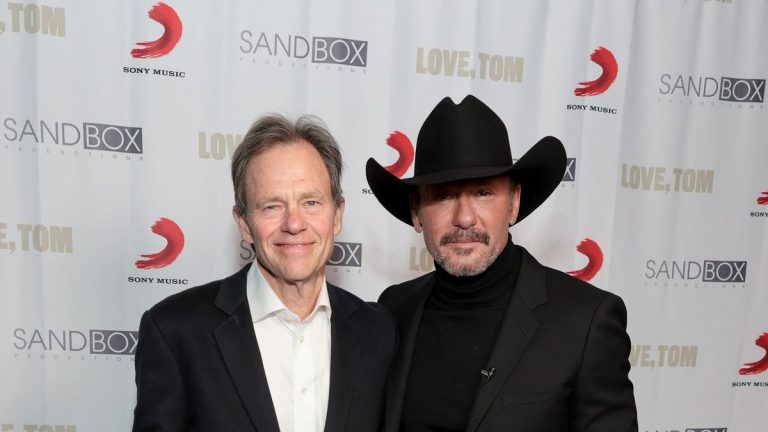 The film, which debuts on Paramount+ today (Feb. 24), is narrated by Douglas, who reveals how his past struggles informed his creative process and reminds viewers to never give up on their dreams.

“It’s trying to tell a story in the hopes that I disappear, and it becomes your story,” Douglas told his friend Tim McGraw at a recent Nashville screening. “We’re trying to create this canvas (where) the audience can project their life.”

McGraw calls the film “a love letter to songwriting.”

Douglas agrees but says it’s more than that.

“It’s one thing to be broken, but some of it is context; it’s just the way you look at it,” Douglas says. “It is a love letter to songwriters, but it’s a love letter to Nashville, to the world. It is a letter of hope. A lot of times, the culture can seem to be full of despair, but hope really is a very active word. Hope is progressive. It’s coming at life. If there’s any inspiration or hope that someone gets out of (‘Dear, Tom’), it’s worth doing.”

Douglas says that what attracts him to stories is “the brokenness.”

“I want to know how you overcome failure,” Douglas says. “I want to know what you do in the desperate times. That’s what I want to show. The struggle is the evidence that you’re on the right path. Looking back, I thought: ‘This is so hard. It must mean I’m doing something wrong. But through the pain, really the beauty is revealed.’”