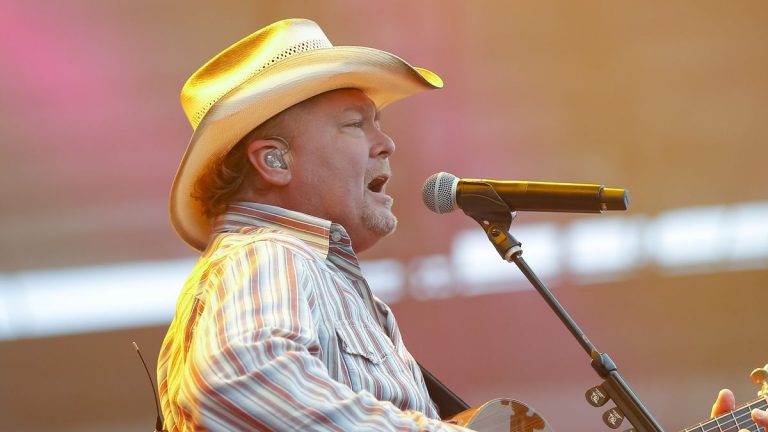 Tracy Lawrence will mark his 16th Mission:Possible Turkey Fry and Concert to benefit the Nashville Rescue Mission on Tuesday when the first turkey hits the hot oil in the mission’s parking lot.

Since Lawrence launched the event in 2006, Mission:Possible has raised more than $600,000 for Nashville Rescue Mission, 639 Lafayette Street, and has fried more than 6,400 turkeys to provide 90,000 meals to Middle Tennessee’s homeless and hungry population.

“I just want to encourage everyone to do a little part for each of their communities,” Lawrence said. “Sometimes, all it takes is a spark. Something small can turn into something big. You just have to have the heart to want to give back to your fellow man. If everybody just gave back a little bit, the world would be a much better place.”

This year Lawrence, Dustin Lynch, Michael Ray, and Lainey Wilson are among the performers for the concert, set for 5 p.m. Tuesday at SkyDeck at Assembly Hall in Nashville.

In the meantime, here’s how to celebrate Thanksgiving like Lawrence.

1. You have to fry turkeys – and he knows how to do it safely.

“You have to make sure the turkey is completely thawed out,” Lawrence said. “The ice, when it hits that hot grease, will absolutely explode. That’s how you burn your house down. Don’t set your frier up on your porch – especially if you have a wood deck. Move the frier away from your house.”

2. In fact, you need to fry several turkeys because 30 people are coming over.

“I cook at least three turkeys at the house because we could have as many as 20 or 30 people at the house for Thanksgiving,” he said. “We do a traditional spread. We’ll have a turkey. We’ll have a ham, homemade cornbread dressing, mashed potatoes, all the sides, we have a massive spread and we like our pies at Thanksgiving.”

3. Dressing HAS to be on the table.

“My wife made a combination dressing,” Lawrence said. “She took from my mom’s recipe and her grandmother’s recipe and it has the cornbread, little Cornish game hens, tons of chicken broth, onions and celery and tons of sage in it. It’s a meal in itself.”

4. Get ready for some football and board games!

“We eat and watch football and we play games all day,” he said. “It’s a lazy day with family interacting and kids playing and those are some great memories. By the time we get to Thanksgiving, it’s been a long hard year. I’ve been gone a lot and having everybody at the house and being able to slow down is very gratifying.”

“I’m an order-it-on-my-phone-and-have-it-delivered-to-the-house kind of shopper.”