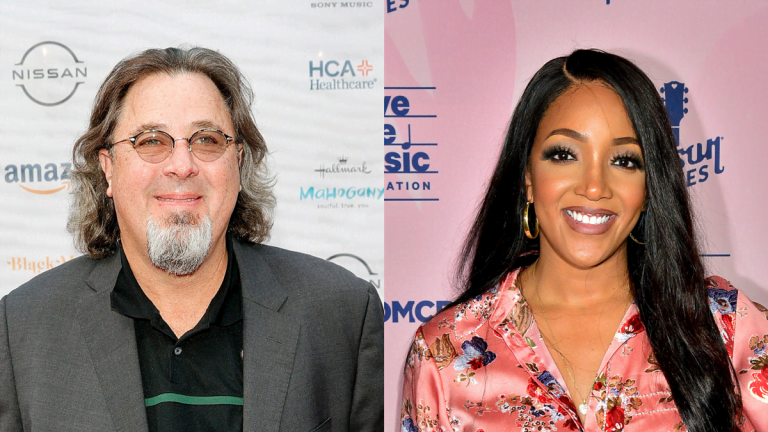 It’s entirely possible that when Mickey Guyton has released as many mainstream country albums as Hall of Fame country superstar Vince Gill, she will match his impressive 44 nominations spanning 20 albums. Thus, their new pairing for the single “Love Changes Everything” — from the just-released film American Underdog: The Kurt Warner Story feels like an important superstar collaboration.

In regards to the piano-driven and string-laden love ballad, it’s one that Gill has wanted to create for quite some time. “I remember the first time I heard Mickey sing at an industry event,” Gill noted to Billboard. “I went and introduced myself and told her that someday we’d sing together because I really loved her voice. Finally, that has come true. This great Tom Douglas song is better because of her being a part of it.”

The film for which it is part of the soundtrack is the story of the love affair between supermarket bagger-turned-Super Bowl starting quarterback, National Football League Most Valuable Player, and Pro Football Hall of Famer Kurt Warner and his wife, Brenda. When the couple met and fell in love, Kurt was still struggling, and Brenda was a single mother of two children. Zachary Levi portrays Kurt Warner, and Anna Paquin is in the role of his wife, Brenda. Dennis Quaid fills the role of Warner’s coach with whom he achieved stardom while playing with the St. Louis Rams, Dick Vermeil.

Related, Guyton added to Billboard, “I’ve always been such a big fan of Vince’s. Beyond his incredible voice and musicianship, no one has a bigger heart for giving back to the community and lifting people up like Vince. For him to ask me to be on ‘Love Changes Everything’ and to get to work with him on such a beautiful song was just so special.”