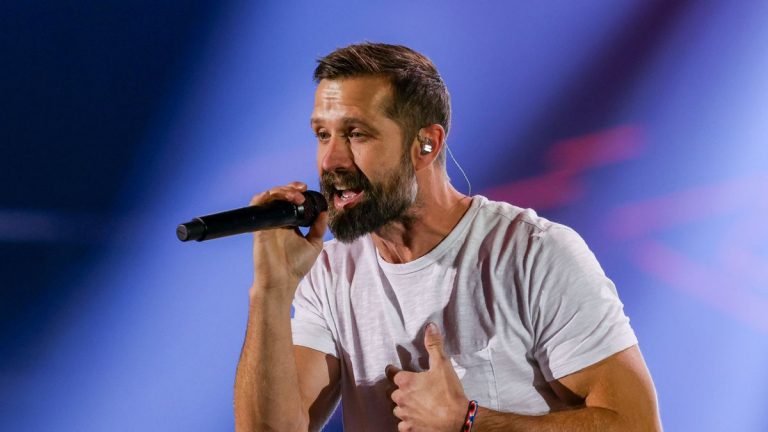 Following the release, the two sat down with Hoda Kotb and Willie Geist on Today to discuss the faith-centric novel at length. Within the pages of the hardcover, Hayes explains how Cooper became his saving grace when he was battling alcoholism, grieving the loss of a child, and struggling to find his footing in the music industry. The way Cooper introduced Christ altered Hayes’ misconceptions of Christianity.

When the award-winning musician was struggling, he was seeking answers and “needed to feel welcomed.” He continued to share that Craig and his family lifted him up when he was at the lowest of the low.

“Nashville beat me up, I was an alcoholic, Laney and I had lost a kid. It was tough, and Craig’s — the unconditional love (from) Craig and his family truly changed my life,” he told the outlet. “We saw Jesus in them so clearly. And that’s coming from an atheist….so that’s wild. And again, it’s just wild that we’re sharing a book about Jesus.”

Hayes and Cooper developed their reliable relationship at church, but now the close friendship went beyond the pews.

“We’re neighbors now. It’s insane, and I love this guy. I love his family, and I’m just glad we get to do life together,” he added about the pastor.

In the description of the novel, the two explained that they ripped out the fence between their homes to “break down barriers” and to display how the man upstairs has the power to unite people together.

In 2017 Hayes released “Craig,” a soul-touching tribute track on his ten-song record, “Boom” and “Country Stuff The Album” featuring MercyMe. Throughout the melody, the artist describes their tight-knit bond and a particular act of kindness by Cooper that changed his life. The emotional-driven lyrics are centered around a minivan gifted by Cooper, when Hayes was struggling to make ends meet.

While Cooper has provided for Hayes and his family, he made it clear that their relationship is a two-way street.

“A lot of people have heard the song and can think of it as a one-sided thing. The truth is, Walker and Laney and their family have been with us in our hardest times, and they have lifted us up,” gushed the pastor. “It’s just been a friendship, I think that is from heaven.”

Cooper went on to explain his personal situation and how he saw something special within the chart-topping artist.

“When I first went into ministry, I kind of packed the schedule out, hit everything really hard, and I got to the point where I was completely burned out. To the point where I actually got released from that ministry role,” he explained. “Five years later – they hired me back, which is amazing. Then, we came and helped plant Redeeming Grace Church. But, I know what it is like to feel broken. I know what it’s like to feel just broken heartened and, you know, struggling. I found a friend in Walker.”

Hayes mentioned that Cooper’s guidance had transformed the way he tackles songwriting and has changed his outlook on life.

“It’s all about Jesus, honestly now. Which it wasn’t at all,” he said. “When I wrote this song for Craig, I was very intentional about not saying Jesus’ name. I didn’t want to say his name. I didn’t believe in him. But I said, ’man, this dude might actually know him.’ That’s what the song says, and that was kind of my rebuttal to their unconditional love.”

Y’all “Glad You’re Here” is finally out I pray the Lord uses these words to draw the world nearer to HIM! https://t.co/7ZTT10dD3n #GladYoureHere pic.twitter.com/5xBhk95OdF

The friends began writing the book two years ago, before Hayes catapulted to stardom with his viral hit “Fancy Like.” While he is blessed to have sudden fame and fortune, he stressed that his large platform is what he values the most.

“I truly feel like I’ve been given this platform, this stage to share this message,” he pointed out. “The timing of it has been all Lord-orchestrated. We just have a great platform to share this message of vulnerability, friendship, and just strangers becoming neighbors,” he concluded.

The book is available for purchase everywhere.