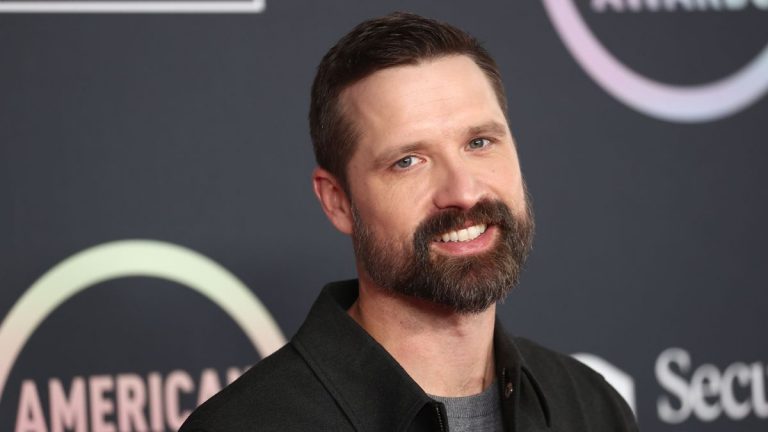 Walker Hayes’ success at being “Fancy Like” and “tryna stay out of AA” has led him to a place where he’s finally able to fulfill all of his children’s Christmas dreams. Notably, for the better part of the past two decades, Hayes, his wife, and his six children lived frugally as he attempted to gain stardom as a singer/songwriter while also stocking shelves at Costco and other odd blue-collar jobs. Now that he’s achieved hit single levels of success with the potential for more, he notes that he successfully took care of the first of many of his children’s holiday hopes. It’s left him in a hilarious situation, though.

“My kids about six years ago, they wanted Christmas blowups in the yard, and those are expensive. I told them no, and just on a whim to get them off my back, I said, ‘If dad ever gets a No. 1 song on country radio, I’ll get y’all some blowups,’” the singer tells ABC Radio. “So when it hit No. 1, they held me to that promise. Even Laney and I have them. Every kid got to pick theirs out. So there’s our first splurge.”

Regarding his financial next steps, Hayes seems rather grounded and level-headed about where he and his family are headed, fiscally. “I don’t think we’ll blow money. We know what it’s like for money to be tight, so we’re honestly pretty frugal,” he says. “But if you drop by our house right now, it’s pretty tacky.”