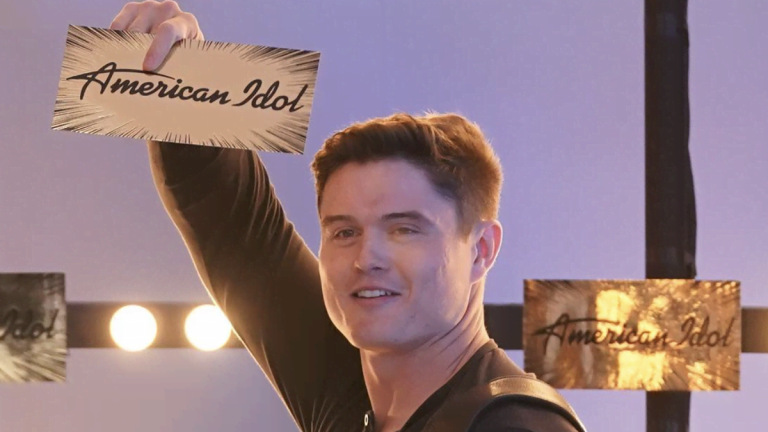 Country music artist Dan Marshall Griffith is up-and-coming, and Luke Bryan plans on making him the next big star in the honky-tonk genre.

Former Virginia Tech football player Dan Griffith auditioned for the hit competition show on Sunday, March 20, and blew the judges away with a rendition of Garth Brooks’ 1989 classic “The Dance.”

With a guitar wrapped around his neck, Griffith shared with Lionel Richie, Katy Perry, and Bryan that he was a previous linebacker at the collegiate level, who would occasionally hone in on his artistry. The Chesapeake, Virginia, native confessed that he recently started performing in front of a live audience five-to-six months back.

“I have been singing my whole life…singing in my truck, but I have always been really shy. I didn’t like singing in front of people. Beginning of the summertime, I sang at my grandfather’s funeral at his memorial service,” he shared to the cameras. “I forced myself. I was like, ‘You’re going to do this. First public performance (July 15, 2021), I sang at a brewery right down the road from my house. All my friends and family came out…I was pretty nervous, but it went great! They had me play for three hours, and I did it for $150 bucks,” he recalled while laughing.

The panel of judges began to ask several questions, as the lack of live experience became a top concern.

“Have you done any gigs?” asked Bryan. “I have done about four or five gigs so far,” the contestant fired back while also verifying the number he gave was his lifetime total.

Although the group was pleasantly surprised to hear that Griffith was willing to tackle Garth Brooks’ challenging tune, “The Dance,” – they made it clear that they were still toying with the uneasy information they received prior to the performance.

However, the athlete turned rising artist instantly changed their perspective with his deep southern sound and captivating delivery.

“The dance we shared ‘neath the stars above | For a moment all the world was right | How could I have known that you’d ever say goodbye| And now I’m glad I didn’t know | The way it all would end the way it all would go | Our lives are better left to chance| I could have missed the pain| But I’d have had to miss the dance,” he belted with the impressive tenor vocals that are destined to make him a fan-favorite.

Richie praised the country newcomer and pointed out his knack for storytelling following the chilling cover.

“Damn Marshall…you have that storytelling thang, man,” gushed the Rock & Roll Hall of Fame nominee. “There is something you can’t teach, and that is called ‘natural talent’ and your craft of who you are. I like what I just heard,” he added.

Before Griffith could thank Richie for his kind words, Perry chimed in to admit that she was “already thinking about marketing” him. With her jaw still on the floor from the performance, she confirmed that she was amazed by not only his voice, but for his musical risk-taking.

“I was really nervous when you said you have only been doing this for five-or-six months,” uttered the pop-princess. “I do think you have some natural-born talent. I think that you’ve had your family members say, ‘oh go do it.’ But, to come here to see if the world likes it – that’s a huge risk. All you need is support and a little guidance. It’s not there, but the foundation is secure.”

Before the hopeful received a whopping “yes” from all four critics – the “Up” singer vocalized his concerns, but confirmed that the recent college graduate that he is one of the “best sounding country artists that have been through.”

“First and foremost – playing the guitar may be taking your focus away from singing,” the multi-platinum musician noted. “You know, if you make it to the next round…let the big-time pros play the instruments. Man, you’re one of the best-sounding country artists that have been through, but you’re not doing all of the emotion properly,” he added.

Bryan continued to explain that he would like to coach the budding vocalist and steal 20-minutes of his time to provide him with some tips and tricks to improve his craft.

“You just have to focus on toeing the line the whole way…if we’re talking in football and country music tunes,” he concluded before granting the participant with a blinding golden ticket to Hollywood.