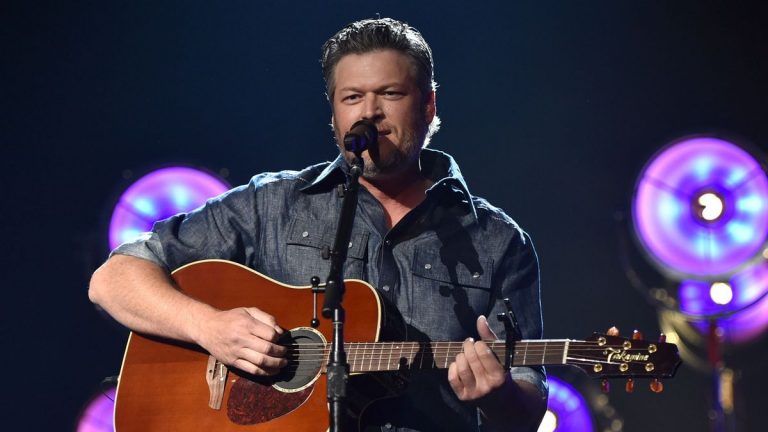 Blake Shelton made a big dream for a very small, sick child come true over the weekend when he plucked him out of 6-year-old Wyatt out of the audience and brought him on stage.

Wyatt, who is awaiting a heart transplant, carried a handwritten sign that read: “Your smallest, biggest fan from Lake Texoma, 6 years old waiting on a heart transplant.” Shelton knelt down beside the child and read the note to the audience, adding: “Think y’all are having a bad day, put that into perspective right there, man.”

The scene unfolded during Shelton’s show at Choctaw Casinos & Resorts in Choctaw, OK. But, it started days before when his mother shared video of Wyatt on social media when she told him that a kind man gifted him tickets to see Shelton in concert.

It took Wyatt a minute to understand what she was saying, but when he did, a big, toothy grin spread across his face. His mom shared video of them on the way to the concert and said her son had been asking if it was time to go since 6 a.m.

After Wyatt got on stage and Shelton read his note, he stayed on his knees while he shared the microphone with the little boy. He asked the child if he wanted to sing the verse or the chorus, but Wyatt knew the words to the whole song. With his hands jammed deep in the pockets of his jeans, Wyatt sang along. Shelton got tickled at one point and chucked as he was trying to sing.

After the show, Wyatt’s mother posted: “I don’t know if Blake Shelton will ever see this but I just want to let him know he is awesome and officially my favorite person he absolutely made Wyatt’s day thank you so much to him and everyone who stopped us to tell him how great he was on stage and told him they are praying for him!!! Definitely a night to remember!!! #WyattStrong

To keep up with Wyatt and his journey to a new heart, follow him on his Facebook page here.