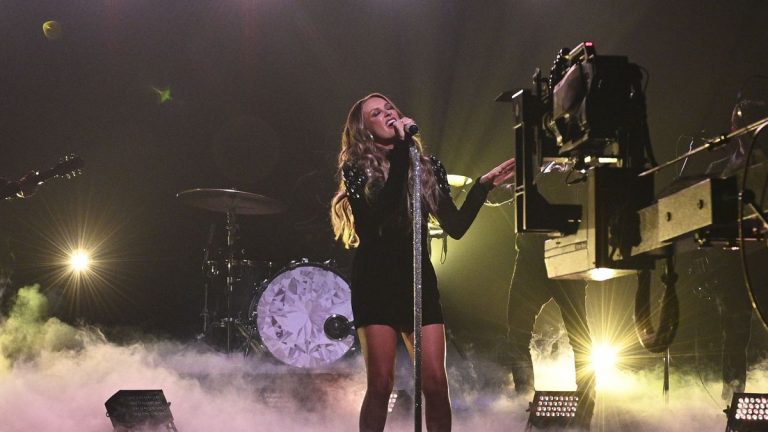 Carly Pearce kicked off 2022 with a bold and brassy performance on “The Tonight Show Starring Jimmy Fallon” on Monday.

Clad in stilettos and a black minidress with her microphone wrapped in sequins, Pearce brought Fallon’s audience to its feet with “Diamondback.” The song is from her album “29: Written in Stone” and is a foot-stomping promise to a partner who cheated on her.

“You can keep the dog and the Cadillac,” she sings. “But you ain’t gonna get this diamond back.”

At the end of her fierce performance, Fallon said his audience, “can’t even stand up taller.”

Pearce wrote: “The BEST time last night on @fallontonight ♥️ Thank you @jimmyfallon for having me! 💎#thetonightshow”

“The three of us finished it very quickly, and it was very easy for me to go there in that song,” Pearce said. “That was exactly what happened. It was a fairytale that went wrong.”