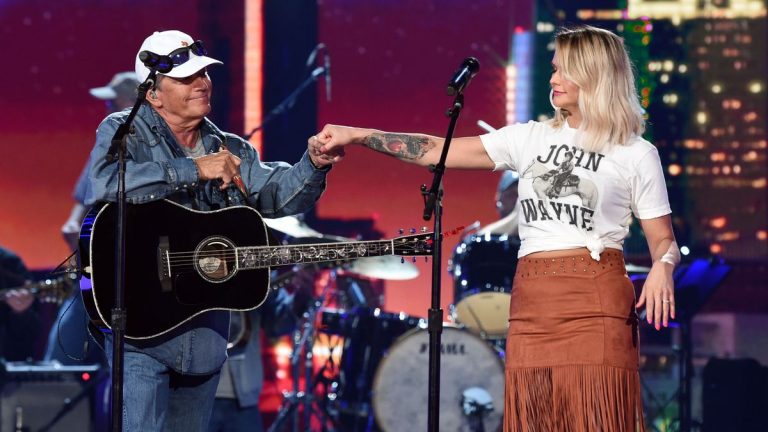 Country music fans in Las Vegas hit the jackpot over the weekend when Miranda Lambert joined George Strait at his T Mobile Arena show for a surprise duet on his two-decade-old hit “Run.”

“That’s the King right there!” Lambert exclaimed as she walked out. Clad in a wide-brimmed white western hat and heavily fringed orange shirt, she looked every inch a cowgirl.

“Miranda, how you doing?” Strait said.

The show is part of Strait’s ongoing residency at Las Vegas’s T-Mobile Arena. The performances are scheduled through February of 2022.

The collaboration with Lambert was a natural fit for Strait. The pair performed the song on the 54th ACM Awards a few years ago.

“Texans are very, very proud, and we like to sing all about Texas,” Lambert explained.
Strait and Lambert are both Texans. “Run” was written by Anthony Smith and Tony Lane and is from Strait’s 2001 “Road Less Traveled” album.

At the song’s end, Lambert thanked Strait for bringing her out to sing.

“Miranda Lambert, everybody!” Strait said as she left the stage.