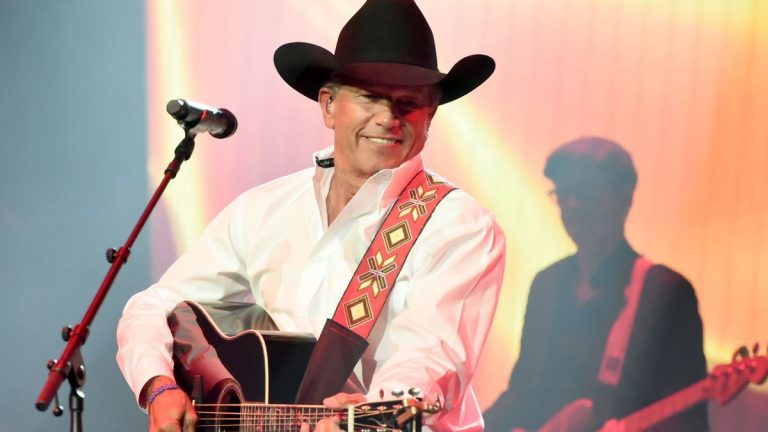 The commercial opens with a space shuttle preparing to launch. Mission control is going down its final checklist when a voice from the shuttle interrupts the process.

About that time, a grocery delivery arrives from H-E-B. When the cockpit opens, Strait – wearing his black cowboy hat and a flight suit – sits between two astronauts waiting on his snacks.

“Right on time,” he says as the delivery boy hands him the bag of groceries. “Thanks, partner!

“We can’t orbit on an empty stomach,” Strait explains as potato chip bags emblazoned with H.E.B. protrude from the top of his delivery.

One of the pilots tells mission control the shuttle is free to launch. As the craft takes off, the delivery boy is seen dashing to his car.

The camera cuts to inside the shuttle, and Strait produces a guitar and starts to strum.

“Any requests?” he asks.

“Where’d you get that guitar?” says one of the crew.

Strait was just one of many country music artists who appeared in Super Bowl LVI commercials on Sunday. Dolly Parton starred with Miley Cyrus in a pair of ads for T-Mobile. Willie Nelson was in two commercials for Skechers and Shania Twain’s “You’re Still the One” was featured in a Lays potato chip advertisement.

The cockpit was a tiny space for someone used to a much larger stage. Strait just finished a series of concerts at T-Mobile Arena in Las Vegas.