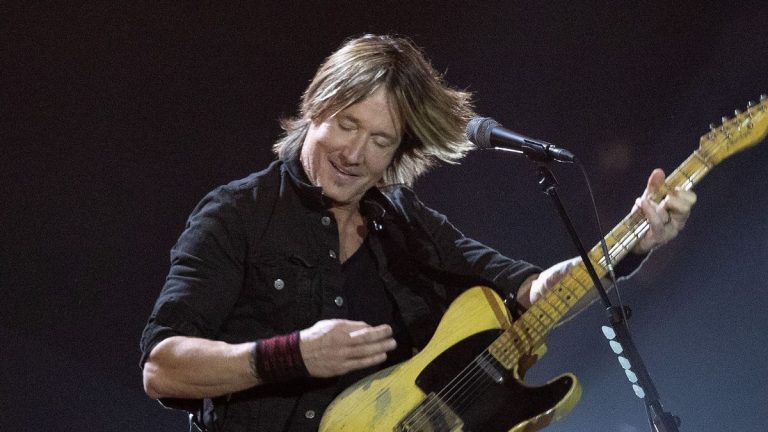 Keith Urban revealed his first world tour in four years Wednesday morning with a hilarious video from his backyard that makes it clear how much the “Long Hot Summer” singer misses the road.

In the clip, Urban mimics the motions of his live show – throwing his guitar to a stagehand (or his lawn guy) – who fails to catch it.

“I’ve always considered myself a live performer first,” Urban said in a statement. “It’s what I’ve always done, and it’s what my music needs to live and breathe. Our shows are all about living in the moment. They’re a totally interactive and immersive experience where everyone can participate in whatever way they want – sing, dance, do whatever.”

Urban’s THE SPEED OF NOW WORLD TOUR launches in Tampa, Florida, on June 17 and wraps its way around the U.S. and Canada for five months before pausing in St. Paul, Minnesota, on Nov. 5. Ingrid Andress will open the tour.

“Every night is the first time we’ve played these songs for that audience, in that moment,” Urban said. “It’s why every show is different – spontaneous and unpredictable – even for us! After two years, we’re finally gonna get the chance to play some of the new songs we haven’t done live before. We’ll throw in a bunch of the songs that everyone comes to hear, a couple of which we’ll rework a bit, and it’s really gonna be tough to get us off the stage.”

Fifty additional shows will be announced in Australia, Germany, the Netherlands and the U.K. in the coming weeks.