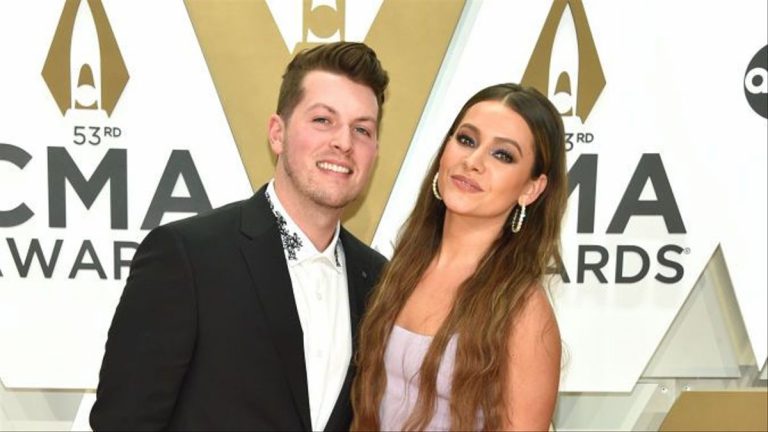 When Maddie & Tae’s Taylor Kerr checked into the hospital in December due to complications with her pregnancy, the goal was to make it to 28 weeks of gestation. Her doctor wanted her to remember that number because so much fetal development happened leading up to the 28th week.

The Kerrs still thought they’d be going home well before then, Tae said. They didn’t.

Leighton Grace Kerr was born at 28 weeks on Jan. 17. On April 6, her official due date, Tae shared her birth story, including a host of personal videos from her time in the hospital, on Maddie & Tae’s YouTube page.

“My husband and I wanted to let you in on what life looked like the last four months and through the pregnancy,” Tae said. “Quite a lot has gone down.”

When Tae was 24 weeks pregnant, she went to the doctor for a routine check-up. Her cervix has been very slightly short for the duration of her pregnancy. While doctors assured her it wasn’t a significant threat, they still wanted to monitor measurements to ensure it didn’t worsen. It was December of 2021, and Tae, who was at the appointment without her husband, learned she was in preterm labor.

“During the ultrasound, they realized it had gotten worse, and I didn’t have much of a cervix left,” Tae said. “I got sent to the hospital immediately, met my husband there and was put on strict bed rest.”

She explains week one was a blur. The couple was trying to process what happened and were still in denial. Before they checked into the hospital, they thought they wouldn’t officially name their daughter until they saw her. However, with the health struggle ahead of them, they wanted people to be able to use her name when they prayed for her. Around day two, they chose Leighton Grace Kerr.

They played card games, and Tae’s duo partner Maddie Font brought her a cross stitch pattern to pass the time. Josh, a popular producer, and songwriter, even brought some of his recording equipment into the hospital room and wrote a song for the baby.
The couple felt like things were improving and thought they might be able to go home at the end of the second week. But it didn’t work out that way.

They spent Christmas and Josh’s 30th birthday in the hospital. Tae admitted that she was struggling to see the silver lining by week three. She said, two days after her husband’s birthday, stuff “hit the fan.” Doctors thought her water had broken, but it hadn’t. Her doctor did a separate check and discovered that labor had progressed and the signer was having contractions she couldn’t feel. Tae was sent to the labor and delivery area of the hospital for a magnesium drip to stop labor. The treatment also protects the baby’s brain against congenital disabilities common in very early childbirth.

The magnesium made Tae feel drained and loopy, but she wanted her husband to capture everything on video so they could show it to their daughter one day and she would know how much they loved her before she was born.

“Leighton is going to see this, and she’s going to know, ’My momma did this for me,’” Josh told Tae as she was lying in the hospital bed.
Then he told Leighton, “We need you to chill. We love you.”

The treatment worked, and contractions stopped.

“God showed up like he always does,” Tae said. “It gives us a few more days with Leighton in my tummy.”

They were one day away from 27 weeks, and they considered making it that far a “huge victory.”

“I know she’s going to be fine,” Tae said in the video, which was shot in the moment. “I’m so proud of her already, and I hope she’s proud of me doing everything I can to take care of her and keep her safe. I’m feeling like a mom already. I love it, and it’s terrifying. This is not what I expected my pregnancy to look like.”

Tae said she and Josh imagined their daughter at 3 years old, running around and being sassy during the most trying moments, and knew when that day came, they would remember the weeks when they were living in fear every day before her arrival.

They rejoiced when they reached the 28-week point, which was four weeks in the hospital because they hit the coveted milestone. The same day, Tae’s contractions started again. This time, they couldn’t stop them.

Tae and Josh went back to labor and delivery, and she was officially in labor. The doctor expected the baby to be born in the next three hours, but Leighton took her time.

Josh took a selfie video 20 hours into Tae’s labor to document the moment. Tae was asleep. The contractions stopped. The doctor removed the epidural and the baby monitor, and then labor started again.

“You’re crushing it,” Josh told his wife. “You’re stronger than these contractions.”

In the following clip, an exhausted Tae, tearful, said: “Well, I have been in labor for 72 hours. I’ve been on an epidural for 60+ hours. It’s a really discouraging feeling. I feel really defeated. I’m exhausted. And I’m just scared. I don’t understand why this is happening. It’s really confusing. But she’s healthy, and she looks great on the monitors. Her heart rate is great. She’s so active. She’s perfect.”

“Our NICU journey began,” Tae said, explaining that she went to see her daughter every day, held her skin-to-skin, read to her, and sang to her. The baby was in the neonatal intensive care unit for 53 days. She fought like hell,” Tae added. “I’m so proud of her. Leighton had the best nurses. They made the journey so much easier on me and Leighton. She knew she was being taken care of. She knew she was loved every single second of every day.”

The video concluded with Tae telling viewers the little family was now at home with their precious baby girl and that while the house was a mess, they were “so so happy.”

“This is her world, and we are just living in it,” Tae said. “We are soaking up every single second with our miracle baby.”