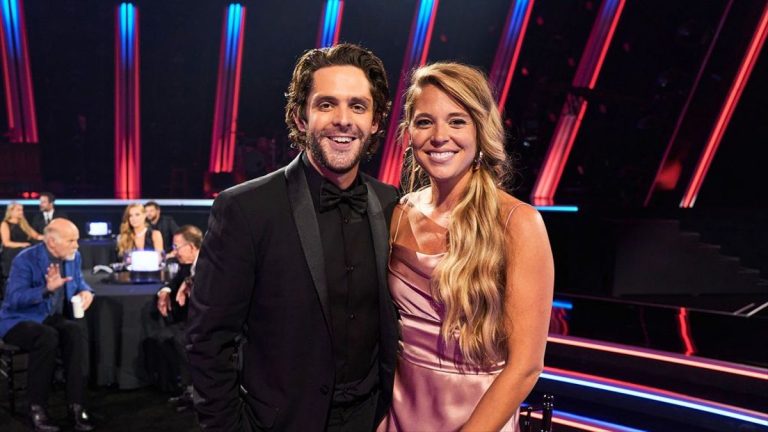 The country couple recently took their two oldest daughters – Willa Gray, 6, and Ada James, 4, – to Walt Disney World’s Magic Kingdom for the theme park’s 50th anniversary and got all cheesy talking about the house of mouse.

Thomas Rhett started laughing as soon as she said it.

“That’s really interesting because I was going to say Rapunzel for you,” he said. “Your free spirit and always wanting to adventure, and I’m the Flynn Rider to your Rapunzel, and I’m very cheesy.”

Thomas Rhett, who will release his new studio album “Where We Started” on April 1, revealed that his favorite Disney movie has always been “Ratatouille.” He said his daughters love it, too and that he and Willa Gray have the same favorite ride – Space Mountain.

“(Our daughters) woke up talking about Tower of Terror,” Akins said. “And, Willa Gray really wants to do Space Mountain again; she loved it.

However, nothing compares to the Disney princesses for their girls.

“I think seeing their princesses is their favorite thing,” Akins said. “And my family grew up coming here, so just being here is so much fun for me. But getting to watch them, for sure, is so sweet. Getting to see them see everything and meet the princesses for the first time is pretty special.”