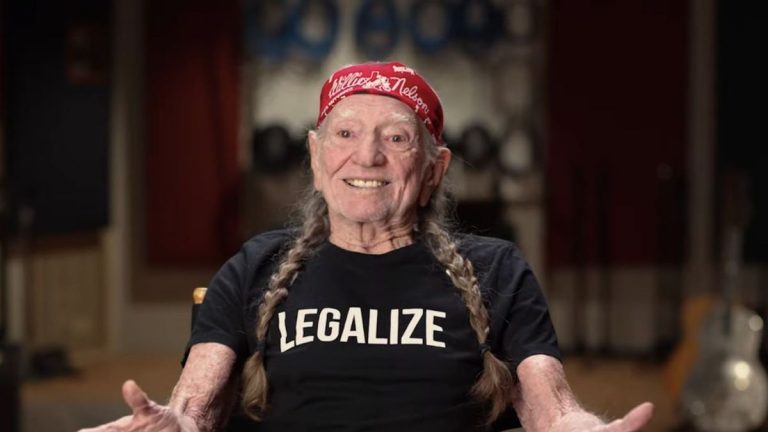 As football fans nationwide watch the Cincinnati Bengals and Los Angeles Rams battle it out for the Super Bowl LVI grand title – they could expect country music legend Willie Nelson to come across their television screens.

The famed footwear brand, Sketchers has called in Willie Nelson to join in on two Super Bowl commercials that aired during the big game on Sunday, February 13.

“I can’t resist making an appearance during the Super Bowl,” shared the artist in a recent statement. “And I’m doing this because of a message we can all agree on – everyone deserves the right to feel comfortable. From the bus to the stage to a jog around the ranch, staying healthy and feeling good is how can keep doing what love.”

The first ad features several folks going about their everyday life, wearing the comfortable shoe and singing his chart-topping classic, “On the Road Again.” The 30-second commercial ends with the icon standing in front of his massive tour bus, where he says “I can’t wait to get on the road again.”

The global campaign also promotes Nelson’s upcoming trek, which is set to begin in March. The icon will make a grand appearance at Chis Stapleton’s show in Kentucky and will be hitting several other venues across the country with

“He’s still on his feet doing what he loves best – entertaining the masses on tour, and now helping spread out comfort message along the way,” Sketchers President Michael Greenberg told Business Wire.

In the second commercial, fans will hear the hippie hitmaker touch upon the use of cannabis. The brand avoids the mention of marijuana, but they strongly signify that the pot-loving artist is talking about the plant and advocating for legalization.

“The only thing that can bring comfort to millions: Skechers,” the singer said while filming at his ranch right outside on Austin, Texas. “You see, Skechers should be legal,” he pleaded.

While pushing his initiative and sporting a black “LEGALIZE” slogan shirt, the director interrupted to mention that he doesn’t believe “Skechers are illegal anywhere.”

“But to feel so good, I just assumed. The man made them illegal,” Nelson said. “Not even a little illegal – like you can wear them to a concert but not to a kids’ soccer game,” questioned the “Whiskey River” singer.

After wrapping his head around the legalization of “Skechers,” – Nelson told the director to “pass the Skechers.”
The commercials mark the ninth time that the brand has advertised during the Super Bowl. The first Sketchers commercial broadcasted live in 2010 and featured Joe Montana. Yet, their 2012 campaign starring Mark Cuban received praise nationwide for the use of comic relief.

As Willie Nelson gears up for his upcoming journey, he is also set to drop a 14-piece collection called “A Beautiful Time.” The forthcoming record will be released on Nelson’s 89th birthday on April 29.