What Would Make Willie Nelson Cut His Hair? 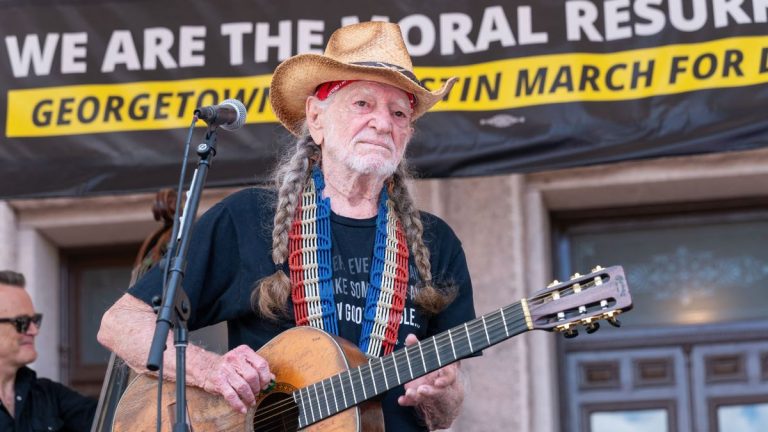 In a recent interview, TODAY’s Jenna Bush Hager asked 88-year-old country icon, Willie Nelson, a question he’s likely never been asked before: “If you had to get a haircut or a new guitar, what would you choose?” Given that Nelson’s owned Trigger — his Martin N-20 nylon-string classical acoustic guitar with a Baldwin guitar’s electrical components — for five decades, and recorded iconic albums including Shotgun Willie, Red Headed Stranger, and Stardust with it, his answer probably isn’t too shocking.

“I’d cut the hair off, and it’ll grow back,” stated Nelson, matter of factly. It wouldn’t be the first time Nelson had given himself a trim, though. In May 2010, Nelson briefly cut his hair to his shoulders. While playing a show in Maui, Hawaii, he appeared slightly shorn with his son, Micah Nelson’s band, the Reflectacles. Many of the legend’s fans referred to as “The Haircut Heard Round The World.” According to his publicist, the cut was “simply a lot of [hair] maintenance.” However, within months, his signature braids had returned.

Regarding why he loves his guitar so much, in a December 2012 Texas Monthy feature, Nelson noted, “Trigger’s like me. Old and beat-up. I like the way it’s sounding all right, [though]. If it ain’t broke, don’t fix it.” Austin-based luthier Mark Erlewine is the person responsible for Trigger’s yearly tuning. He adds, “A guitar sounds better as it gets older, just like a Stradivarius does. The wood ages and the tone gets more lively. New guitars have to have time to open up. The wood has to vibrate, it has to move, to bring the sound out. Willie plays so much, it’s brought out the tone of the guitar.”