Wheeler Walker Jr. Opens Up About His Return To The Spotlight With Record, “Sex, Drugs, & Country Music” 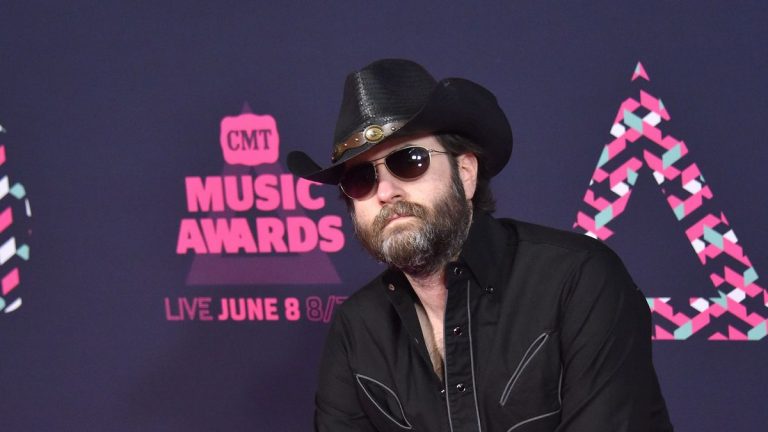 After taking a hiatus from the music scene, the artist known for profanity decided to utilize the downtime during quarantine to pen his fourth studio album, “Sex, Drugs, & Country Music.”

“I wrote it during the pandemic, and I heard lots of pandemic albums about solitude and sadness,” he shared. “I spent my pandemic writing party songs, and I knew it was going to end, and I wanted to be ready to party.”

Wheeler Walker Jr. prides himself on being “real country,” as he believes musicians in today’s climate take advantage of the technology they have at their fingertips. Therefore, when he went into the studio to record the 11-song collection, he pushed the synthesizer and drum machines aside.

“I think it’s country as hell. I think it sounds like old school country, but it also sounds new. You don’t get this anymore…it was me in a room with musicians,” he told CMT. “I hate that this is like a novelty. I don’t want it to be a novelty that I’m playing live music on an album. I’m not doing it on a computer, and I’m not making beats. It’s just me in a room with my buddies playing country music.”

The vocalist explained he wanted to strike a delicate balance between traditional country and rock and roll. He returned to his roots and the legends who have come before him to pull inspiration.

“I grew up on Waylon Jennings, Willie Nelson, Guns N’ Roses, and even Aerosmith. I spent a lot of time listening to music, and I kind of got back to my roots. I went down a rabbit hole of listening to Led Zeppelin, Queen, and I was like, ‘I want that energy,’” he described. “The best country artists were rock…Johnny Cash started out rock and then moved to pure country stuff. This album’s got a real rock and roll party flavor to it, and that’s kind of what I wanted,” he added.

While many country music fans would find the collection offensive, Walker Jr. did not think twice about catering to his community that adores his unfiltered and outlaw lyrics. Within the tracklist, he even pokes fun at Thomas Rhett’s vulnerable track “Country Again” with his, “She’s A Country Music Fan.”

“I’m saying what he’s trying to say, but I said it correctly. I’m talking about my love for country music. I thought I was doing it better than him…,” he said about the narrative and similar music video. “I don’t have a record label, and I don’t have corporations behind me. If you want uncensored, unfiltered music from the heart, from the soul, real music, listen to me,” he stressed.

The singer-songwriter hopes that his devoted fan base recognizes his “real country” sound when they go through the collection that Dave Cobb produced.

“I want them to feel like, ‘man, I ain’t heard some real music in a long time.’ I’m playing with the big boys now. I used to think I was the best artist in country music, but now I think I’m the best artist in music…period,” the comedian country star said.

With the chart-topping tracklist under his belt, the comic decided to hit the road once again for his 2022 Comeback Tour. Walker Jr. recently (April 14) made history at his sold-out show at the legendary Ryman Auditorium with record-breaking alcohol and merchandise sales for a single show.

Ahead of his performance, Walker Jr. shared that his phone was ringing off the hook with Nashville names begging for a spot to perform with him on the iconic stage.

“I haven’t played a show in four years. I didn’t know my first show back would be a sold-out show at the Ryman,” the singer said about his nationwide tour. “When I announced the Ryman, I had to turn my phone off because people asked, ‘can I play with you? Did you get a guitar player? You got a bass player?’ Everyone’s begging me because everyone wants to play good music,” he emphasized.

Since he values live music, he warned fans that they might hear some hiccups while singing along.

As he encourages fans to run and snag their seats before they sell out, he declared that they could also expect new music sometime soon.

“I’ll probably go back into the studio and make more music faster than you guys think,” he said about keeping the positive momentum up. “I think I’m going to be playing arenas soon. I think it’s [his career] will be growing every day. I never really expected it to be this big, I never particularly wanted it to be this big, but I’ll take it.”

The hitmaker will be on the road sharing his party anthems from “Sex, Drugs, & Country Music” all summer long. Walker Jr. will wrap his trek on June 4 in Wichita, KS. Tickets to see the raw country crooner live are currently available for purchase, here.