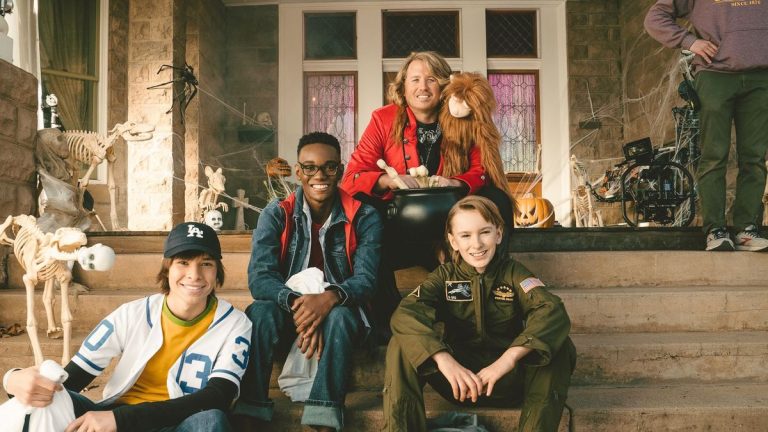 William Clark Green is not your stereotypical country artist, as he marches to the beat of his own drum and never dares to look back. It was Willis Alan Ramsey’s 1972 debut record that inspired him to pick up songwriting. Green began to listen to other Texas-based musicians like Jerry Jeff Walker, Robert Earl Keen, and would attempt to recreate their sounds – until he realized he wanted to be different.

“Ten years ago, I would listen to someone and go, ‘Oh my gosh…this is so unique. That’s what I want to sound like,’” Green recalled before describing his carefully crafted sound. “It’s original. That’s the goal is not to copy what other people are doing and blaze my own path. I’ve written every song that I have. I have never done an outside cut. I’m all in it for the birth of the song and the production,” he added.

Green’s most recent 13-song collection “Baker Hotel,” embodies the type of singer-songwriter he is at his very core. The personal project was born during the height of the global health crisis, and highlights his broad vocal range. The shutdown was like winning the jackpot for Green, as it gave him the free time to take musical risks and play with his pipes.

For instance, “Dog Song” showcases his Texas twang, “All Pot No Chicken” points out his country-rock side, and his indie-folk sound jumps out in “Feel Alive.” While cooped up indoors, he returned to “Anymore,” a breakup ballad he once placed on the backburner. Alongside songsmiths Sam Williams and Max Stalling, Green finalized the track that he now credits as his best single to date.

“What this record means to me is self-reflection, realizing that I just turned 35, and it’s like, ‘Where am I at in life? Where do I want to be? Where did I think I would be?’ Not being able to work [during the lockdown], I had a lot of time to sit and think about myself, and what’s really locking me down, and that’s what I think this record is about,” shared green.

Green told CMT that his primary purpose for the LP was to bring his stories to life and to push his musical boundaries by taking a new creative approach.

“For me, it’s really all about the craft and artwork. I feel like you eat with your eyes. You can hear with your eyes too. We put a lot of thought into the artwork, the music video, and stuff like that. I think my fan base expects the unexpected, and it’s extremely liberating to do something different,” he stressed while explaining that he got savvy in the studio. “Let’s try new stuff, live with it, and see if we love it…that was kind of the idea of doing this record. Let’s do some stuff we’ve never done before. Trying not to do the same old thing.”

While stepping outside his comfort zone and evolving as an artist, he called in long-time friend and creative director Billy Cano to experiment with his title track, “Baker Hotel.” Green mentioned that he had been toying with the vision for the music video with Cano for over two years. After putting their two heads together, they decided to create a tale about an abandoned hotel in Mineral Wells, Texas.

Within the impressive, yet spooky music video, Green delivers a story about a group of high school kids trying to make it to the top of a haunted hotel. The daring task is based on a real challenge in the charming southern town. Since the release of the movie-like music video – Green has received positive praise, and fans have reached out to share that they have successfully conquered the courageous dare as a child.

“It’s an overkill music video…it’s super artistic, and that’s the risk,” he said about the state-of-the-art clip. “That music video is like, ‘man, that’s what I’m leaving behind on this earth. I think it’s super high quality, I think the story is super America, fun, and innocent. I hope it’s enjoyed and received for many years to come.”

Green revealed that he’s currently working on expanding the storyline.

“The other two music videos that we have done are the storyline of these kids. It’s them in high school, after college, and the characters are getting older,” he shared about the upcoming clips. “There is some talk of trying to push a Netflix series…like having an actual TV show.”

As Green advocates for his captivating narrative, fans can catch him on tour performing his sixth studio record. The vocalist will be on the road and hitting major cities nationwide through July. Tickets are available for purchase, here.